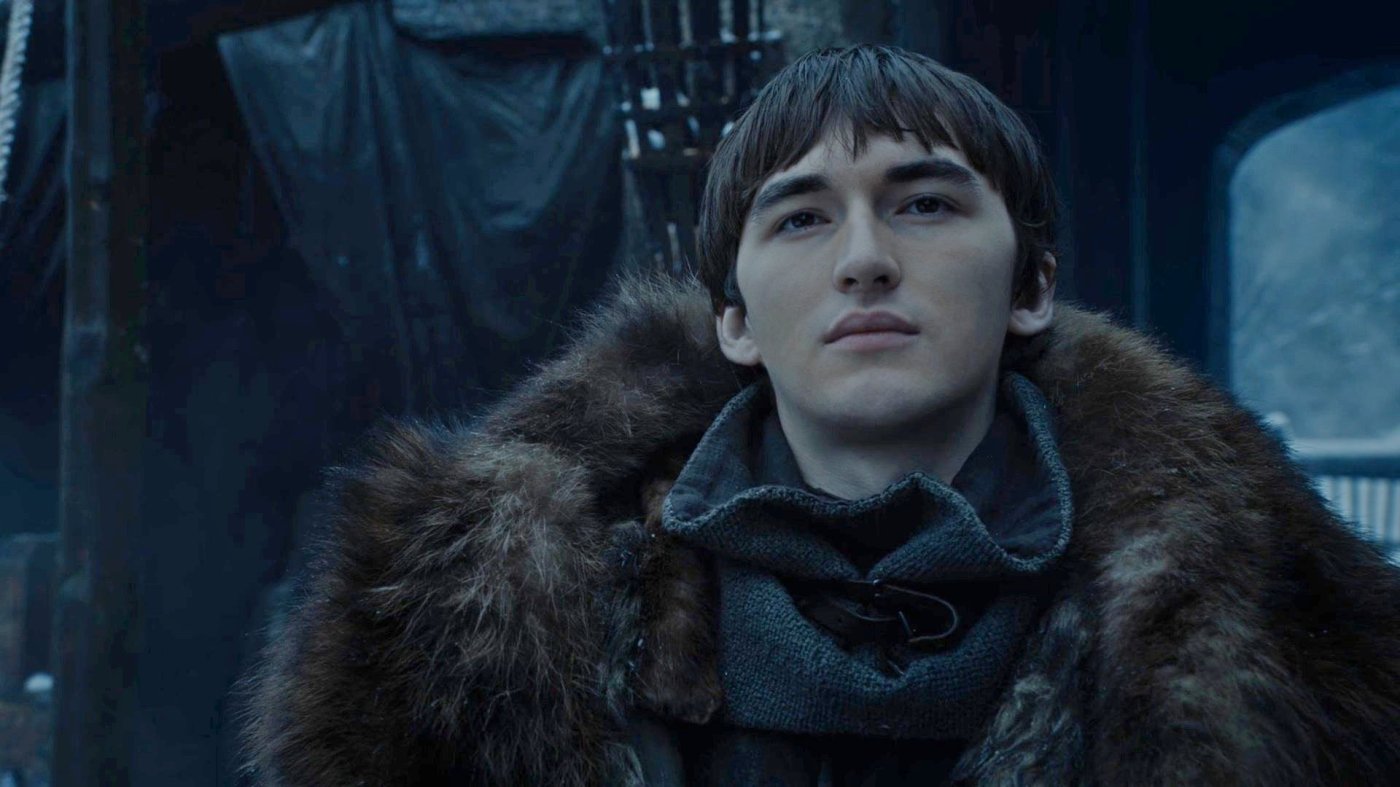 Our watch is ended. The eighth season of Game of Thrones, which at times seemed to have been penned by Benioff & Weiss as a sort of Westerosi Mad Lib, has aired and we now know who wins…the equivalent of the Iron Throne.

Bran the Broken.
Bran the Staring.
Bran the Evil.

I’ve been saying it publicly since January, 2017 (and privately since the autumn before)–Bran is a super villain who was overlooked because he was physically broken. Perhaps it’s because I was raised by a very loud, very tough wheelchair-bound mother that I did not ever underestimate Brandon Stark.

From the moment he set out to find the Three-Eyed Raven, everything about that boy’s quest was entirely self-serving, and at the peril and sacrifice of his family, friends, servants, and bystanders. And now we understand why he cut a path through the northern woods: The boy who was cheated out of being a knight decided that the alternative of sitting the throne was acceptable. No matter the cost.

Granted, show runners Benioff & Weiss did not openly acknowledge Bran’s villainy. They scripted him as just this really interesting, keen totem from a noble family. He won’t father children or spend his days whoring. He won’t wed. He won’t ride dragons. He won’t scream and rant. And his mobile throne is made of wood, so he probably won’t play much with fire. He is merely a quiet, creepy, seemingly harmless man in a wheelchair who stares and sometimes goes comatose for a little while.

B&W may even believe in their talentless hearts that this was a happy ending of sorts. But they are wrong. Without realizing it, they have served up a Westerosi tragedy with a very ominous ending.

The Tale of Bran the Broken

Once upon a time, there was a boy with a darkness in his heart who lived in a keep far north in the icy wilderness. He has disturbing dreams about a mysterious three-eyed raven and was filled with a sense of purpose to follow that bird. His trusted friends, Jojen and Meera Reed appear unprompted to guide him north to find the Thraven, bringing along servant Hodor for assistance.

During their expedition, it is a curious thing that none of the predatory and lethal White Walkers cross their paths, as if they are shielded from afar. All others who tread north of the wall can scarcely avoid the monsters. Nevertheless, Bran and his crew wend their way north, dodging the attention of any family or friends, wishing to remain completely secretive. Along the way, Jojen Reed is killed by a zombie ambush while Meera and Hodor get Bran to his goal tree. Then servant Hodor is commanded to hold the door to allow the newly minted Three-Eyed Branven to escape.

Upon returning to his childhood home, Winterfell, Bran the Broken dismisses weary and mourning servant Meera without any thanks, sending her back to her home, never to be heard from again.

Sitting in front of a warm fire, the Three-Eyed Branven declares himself no longer human, and speaks to no one unless pushed to do so. Even when he does speak, he withholds valuable information. He doesn’t raise the alarm when an ice dragon begins melting the wall. He doesn’t suggest that a nimble little assassin be positioned to take out the Night King. He doesn’t tell the women and children to stay out of the crypt when fighting a necromancer. He doesn’t intercede to save Varys or Theon. And he sits by knowing full well that Daenarys will burn King’s Landing to ash, innocents and all.

Curiously, he does speak up only to spread word of Aegon Targaryen, knowing that it will cleave the fragile alliances, and that Sansa will fan the flames. He sows discord at precisely the right moments to bring about his envisioned fate: To rule the [six] kingdoms.

In the ashes of the fallen city, as the newly formed council convenes to choose a new leader, Bran whispers into a few minds that he is the perfect choice, even though clever leaders of Westeros should be rightfully weary of an omnipotent man with limitless control over time and thought–that such a gift is too powerful to wield over a kingdom. And come to think of it, how did he get that gift and why? Who wanted him to have that power? The clouds of doubt begin to roll through their minds. Never mind, whispers a voice in their heads. His story is so interesting. He should be king.

Just as he taunted Joffrey that sparing Ned Stark’s head would make him as weak as a woman. Just as he whispered “burn them all” to two different Targaryens, father and daughter. Historically important people making unlikely judgment calls at critical junctures for the kingdom. All a means to an end.

While his Small Council will debate matters and rebuild “the wheel”, Brandon will rest in front of his royal fire, staring into the flames. Only then will he go back in time and send green dreams to Jojen Reed to begin the quest.

Brandon has always known he would rule, because Bran the Broken made sure that he would. Now he has exiled his best rival to the vast northern wilderness and positioned his loyal sister in the north. The Starks now have tentacles reaching from far north to south, and even to the west.

Brandon Stark has become one of the monsters from Old Nan’s stories. Maybe he craves power and reach. Maybe he is being used by the Children to exact revenge on mankind. Maybe after all he is the blue-eyed giant named Macumber.

All we know is that Benioff and Weiss scripted his ascent to power as a noble and diplomatic compromise, without any acknowledgement that the lords and ladies were bowing to a creature who considers himself no longer human.

Bran the Broken.
Bran the Monster.

If I am correct in my suppositions, there is a bit more to the story that I can easily envision for the books:

Bran the Broken is King of Westeros, and slowly the Old Gods reawaken. The Sept of Balor has been burned and the reputation of The Seven among the people of the land is tarnished due to reports of Sparrow abuses. Some still quietly and discreetly worship The Seven, but from north to south spreads a fervor for the gods of old. Come the spring, the people of Westeros notice saplings sprout from the ground that hadn’t been seen in ages. The Heart Trees are regrowing, this time in lands where they had never been previously seen. The eyes of the Old Gods are upon all of Westeros and beyond, perhaps only blind to a small assassin who has sailed beyond the reach of the roots. In the north, the Children gather and grow and decide how next to act.

One thought on “The Final Word: Bran Stark Has Always Been the True Villain of Game of Thrones”