Brought to you by It’s Always Sunny in Philadelphia…and Boss Hog.

UPDATE, September, 2021 In honor of the glorious ongoing pandemic, I have uploaded new and improved Rules and Cards. Collect them all!

If you’re reading this, you probably are familiar with the notorious cure for boredom that was conceived by the assholes from It’s Always Sunny in Philadelphia. 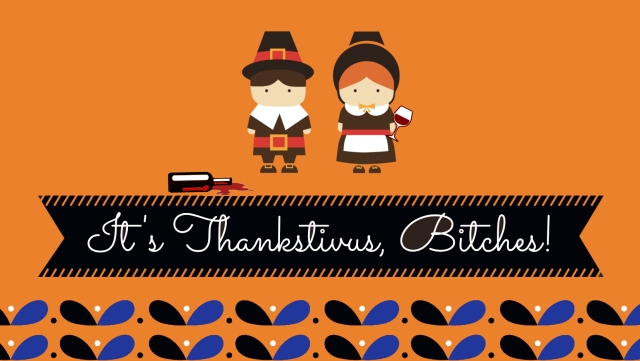 I’m declaring a brand-new holiday from this year forward: THANKSTIVUS!

It will be observed on the traditional Thanksgiving day. The holiday does not require decoration, but should you choose to, the thematic colors are blue and black, to symbolize the bruising of our souls by Thanksgivings of years past.

The celebration of Thankstivus should be observed as follows: First, all parties must sleep in until a very late hour, for family is exhausting. Then all participants gather at one home in the mid to late afternoon. Children should be immediately evacuated to an insulated room elsewhere in the house with nourishment and entertainment to last hours.

Because I’m a fancy pants,  I can say that I drained my bank account dry to fly across the ocean and sit at various cafes around Luxembourg, Belgium, and Germany not long ago. Food and […]

For nearly one hundred years in England’s history, a knot of noble families fought over the royal throne in a giant, messy multi-generational screw-you fest that history has dubbed “The Wars of the Roses”.

This title is a misnomer, of course. The murder, deception, and power mongering went far beyond any battlefield. So not simply a war.

And furthermore, though history tries to explain this era as being a battle between two families–each represented by a rose–that ignores a lot of historical context, and a whole lot of players from other families and other countries. So not really strictly about roses either.

Maybe they should have called it The Great English Stink instead. Eh, guess no poets were on hand to think of it. Shakespeare really dropped the ball on this one, eh?

“You will smell the white rose! Smell it! Smellllll it!”